A lot of human beings are monogamous, but did you know that hardly any other animals practice any form of monogamy?

In nature, monogamous pairing refers to mating systems where a pair of animals stick together to raise their offspring. That “family” structure is actually the main feature of the monogamy. This isn’t quite the same thing as sexual monogamy, though the two usually go hand in hand.

According to the National Science Foundation, scientists currently estimate that only about 3-5% of the mammal species on Earth practice monogamy, whether for the short term or the long term. Very few birds, fish, or amphibians practice monogamy. Believe it or not, some insects are monogamous.

Monogamy and mating for life aren’t interchangeable. These are two separate but related concepts. Many animals are serially monogamous, meaning they pair up with one partner at a time to raise offspring, but then pair up with a new partner the next year (rather like some human beings, who go from marriage to marriage throughout their lives).

Likewise, you may have a pair of animals that mates for life, but not monogamously—they may have other pairings outside the main pairing, but may never “divorce.” Here are 10 monogamous animals which actually mate for life. As you will see, this isn’t a universal trait among most species, but rather an individual choice. 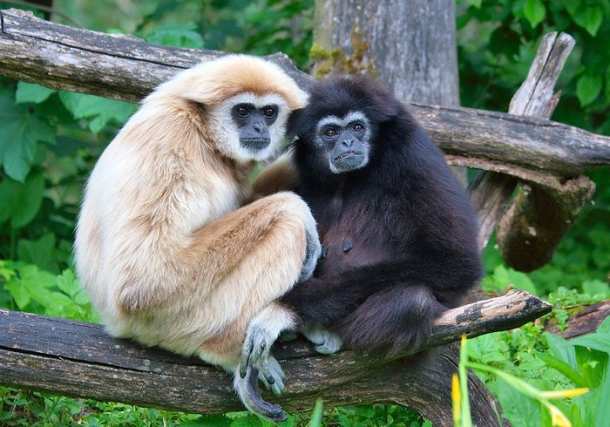 A gibbon is a kind of furry ape which mates for life. Sexual dimorphism, a term referring to the physiological differences between males and females, is relatively unpronounced, which contributes to a higher degree of equality between the sexes. Paired gibbons not only mate together and raise offspring together, but spend a lot of time grooming each other and doing other shared activities. In the past it was believed that gibbons were all quite exclusive, but recent research has revealed that there are more than a few cheating gibbons out there, and a few divorced gibbons as well. 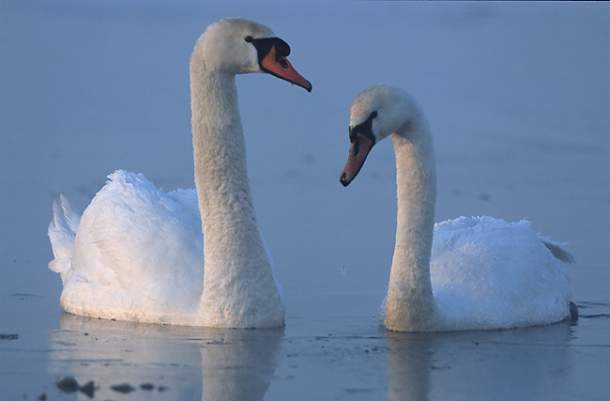 Swans are some of the best known long-term pairing animals.This makes them something of a rarity among birds; they do not always mate for life, and some swans have “a little something on the side.” But there are swans which mate for life. The difficulties and time involved with migration and other aspects of swan life probably have contributed to the tendency to form long-term partnerships. 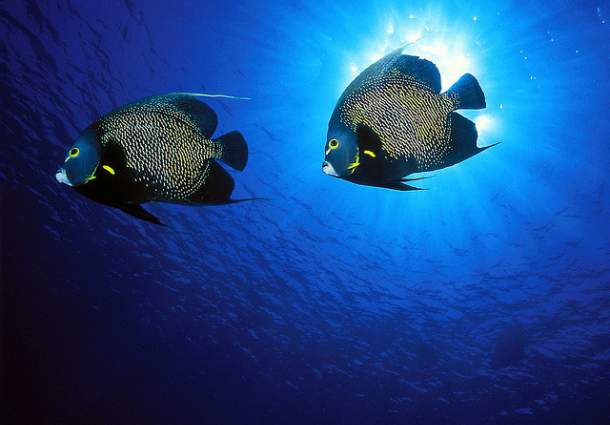 While monogamy among fish is pretty rare, this particular type of fish often mates for life, and you will generally see them traveling together in pairs. They are also very territorial, and will often team up to defend their turf. 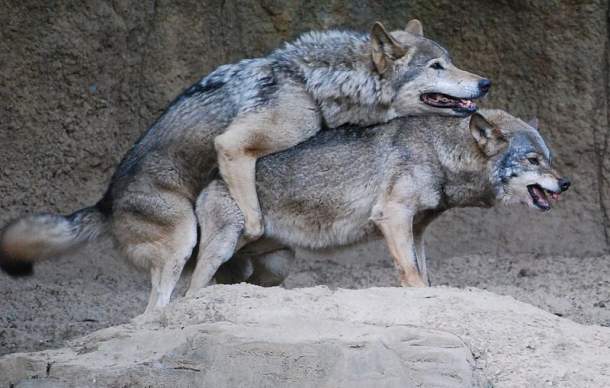 Wolves are probably more loyal to their families than most human beings are to theirs. Wolves commonly mate for life, and relationships among brothers and sisters in the pack are often as fierce as the bond between their parents. This is not to say that wolf pack life can’t become quite political, however, and wolves may well turn against one of their own, given enough reasons. 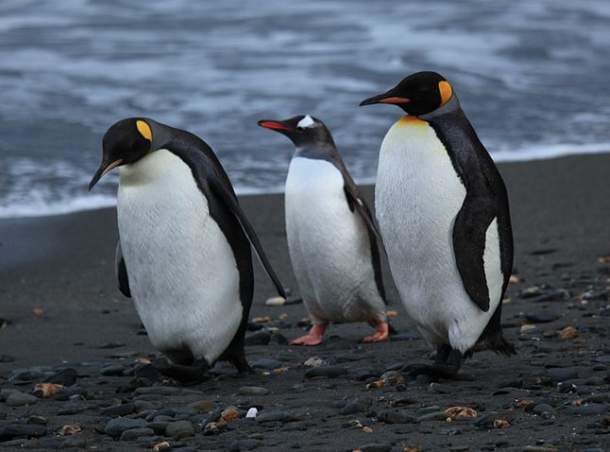 Penguins, another species that faces numerous challenges when it comes to raising offspring in a harsh environment, will sometimes mate for life. They have received a great deal of attention for their mating patterns, perhaps as much for the hardships that they face as their tendency to pair up loyally. Like human beings, they may also be serially monogamous or have more than one partner. Those with the shortest breeding season interestingly enough seem to have the lowest rate of divorce. 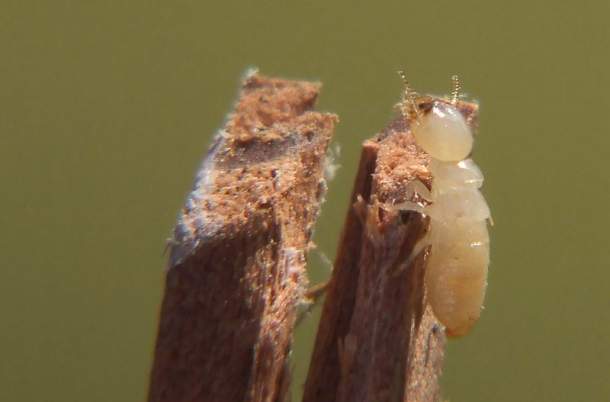 This one might surprise you given that most people tend to think of insect hives as consisting of a single queen who mates with numerous males. Not all insect colonies are structured this way, however. There are several termite species which have a very different organizational structure with a single queen termite and a single “king” termite. These two may mate for life and generate the entire hive together. ## 7. Prairie voles 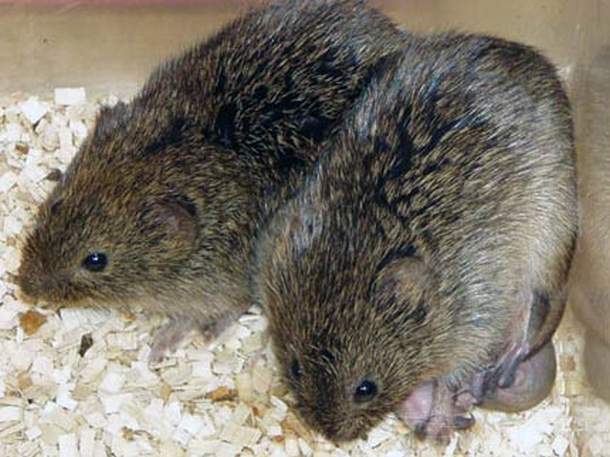 These cute little rodents are probably among the most monogamous animals in the world, and moreover, their relationships usually last for life. Prairie voles rarely engage in serial monogamy. They raise their pups together, share the chores around the next, and spend a lot of time cuddling and looking adorable. ## 8. Bald eagles 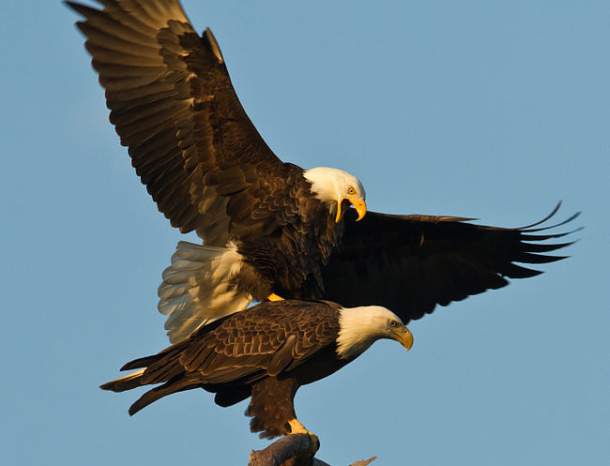 This is another type of bird which more often than not actually mates for life. While they are usually associated with American nationalism, they could just as well be a symbol of lifelong monogamy. ## 9. Parasitic schistosoma mansoni worms

Ready for an “eww” moment? These parasitic worms live inside of human beings and cause a disease called snail fever. While rarely deadly, this disease is chronic and can cause ongoing organ damage. What’s this have to do with monogamy? Those parasitic worms mate inside the human body and typically do it for life. Thankfully this disease can be treated with an annual dose of a drug called praziquantel. ## 10. Cockroaches 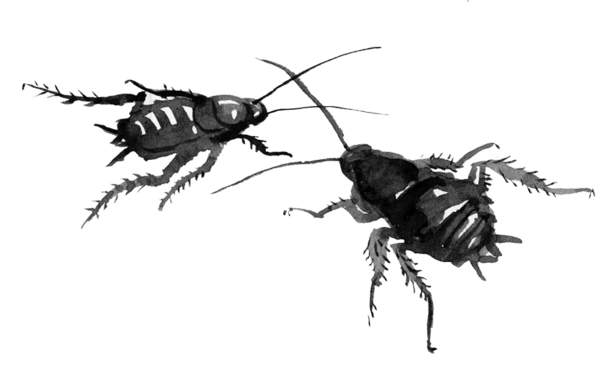 Cockroaches. While we tend to find them disgusting, there are quite a few intriguing facts about cockroaches—and scientific studies suggest the concern about diseases is somewhat exaggerated. Regardless, fans of monogamy may uphold the roach as a shining example of a critter which sometimes mates for life. So next time you start to call a cockroach disgusting, just remember, it may be more committed to its partner than many of the human beings you know. What is the overall portrait we see here when we examine the facts? Human beings are still, on the whole, some of the most commonly monogamous animals on the planet. However, there are a few species, like prairie voles, eagles, and wolves, that probably outdo us in that respect. But perhaps the most noticeable pattern is that monogamy, whether serial or not, is largely a matter of choice in any species, human or otherwise. There is no single species which always mates for life, and even among species where mating for life is relatively uncommon, it still sometimes occurs. As always, an observation of nature ultimately points toward diversity.
When Did The Titanic Sink?
How Did Bob Marley Die?
comments powered by Disqus
What's the Deal with Spicy Food?
Useful Enigmas - 3 Hidden Purposes of Your Dreams
The Dark Side of High-Speed Internet-5G Electrosmog
The Most Despised Corporations of 2017
Not All Biotech is High-Tech - The Biochar Revolution
Cannabis vs. Cancer - Toke for the Cure?
The Story Behind Planet Aid and the Clothing Bin Cult - Strange But True
How to Save the World with Essential Oils
How Climate Change Makes the Fire-pocalypse, and Vice Versa
Extreme Cuisine - Delicacies Beyond the Pale