No one can truly predict where danger might be lurking and waiting to attack innocent passersby. Even a farm in an isolated place might be harboring unknown perils underneath its seemingly harmless surface. Yet, there are also cities in the world where you just know that danger is constantly on the prowl. These cities are teeming with threats and menaces that anyone would not want to face.

So which cities are these? Here’s a quick rundown of the most dangerous cities in the world in 2013.

While Cape Town remains a huge tourist magnet, the huge city offers more than just the usual list of tourist attractions. The crime situation has gotten to a point where travelling down the wrong road can land you in danger’s way. Even something as simple as you withdrawing from an ATM can result in you being robbed or, worse, getting killed.

So what’s the root of all the danger? Well, it’s hard to pinpoint one cause, but most crimes can be traced to extreme poverty as well as the huge difference between the socioeconomic classes.

Brazil’s increasing prosperity may have a lot of benefits, but it also has a downside; more and more citizens now have the funds to buy cocaine. With its strategic location and its thick jungle, Belem is the perfect channel through which cocaine and other drugs are distributed around the country and to other parts of the world. The extreme violence and high number of killings associated with the drug trade aren’t the only problems, either. Being an activist, protesting the destruction of the rainforest, and advocating land reform can also get you killed in Belem.

While political unrest, lawlessness, and high levels of crime have made Pakistan’s former capital infamous, it is really the target killers who have put a spotlight on the city. For a certain amount, these for-hire assassins can be paid to kill just about anyone – political rivals, business moguls, protesters, and even the police. Combine that with suicide bombings, gang shootings, and political violence, and voila! What you get is one of the most dangerous cities in the world in 2013.

Being a city torn apart by civil war and political violence, Mogadishu presents a threat to its residents’ security and safety. Piracy, kidnappings, clan fights, and terrorist attacks are probably enough to spur everyone to flee the city, but those who choose to remain or can’t leave face every day in Mogadishu with fear for their lives.

No one can report accurately the number of people who’ve been murdered, but one thing’s for sure. The lawlessness of the place, coupled with all the other hazards, makes this city as one of the world’s most dangerous.

The problems that plague this Venezuelan city aren’t just limited to gang violence and the drug trade. Though the economic status of the place has benefited from the oil boom, the poverty level is still high enough to cause the residents to resort to crime.

Every corner presents a risk of being robbed, even during the day. What’s worse about it is that the authorities don’t have much control over the situation. Militias are running wild, there’s no control over guns and weapons, and cases of police abuse have also been reported. All these have earned Caracas the reputation of being among the most dangerous cities in the world. 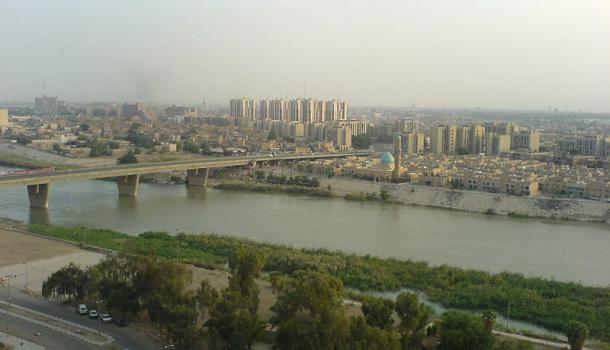 Although Baghdad has calmed down a little over the years, this city is still among the most dangerous cities in the world in 2013. Its unfortunate citizens are still in harm’s way because of the continued havoc brought about by random bombings, recurrent gunfire, and unpredictable violence. If looking into the eyes of the hapless citizens isn’t enough to clue you in to the danger that defines this city, you’ll definitely catch on when you get a glimpse of the strife-torn infrastructure and buildings.

The exceedingly unstable political situation in Baghdad, even after the US forces withdrew, continues to be a major source of tension and hostility among the Iraqis.

Another Mexican city has landed on the world’s most dangerous cities list - Acapulco. While it used to be a favorite spot to check out scantily clad co-eds from neighboring places, it is now more famous (or infamous) for being the scene of a couple of the most bloodcurdling murders in the world.

Who can focus on the beauty of its picture-perfect beach when there were bloody, dismembered bodies taking center stage? News of such hideous crimes befalling the city has made the world sit up and recognize that what used to be a world-renowned tourist resort is now a place of fear, drug violence, and crime.

Judging by its heavenly, sandy beaches, who would have thought that this northern Brazil city would make it as one of the most dangerous cities in the world in 2013?  With gorgeous beaches blessed with bright sunshine all year round, Maceio seems to be the most perfect spot for tourists and locals to flock to.

Yet, underneath all the appeal and charm are threats worth considering. With a murder rate of 135 out of 100,000 individuals, Maceio just isn’t your typical tourist destination. The huge difference between the rich and the poor, the slum violence, and extreme poverty all have a role in making this city one of the most perilous places on earth. While the authorities like to point out that most crime victims are residents, not tourists, who can say that tourists won’t get caught in the crossfire?

Although Juárez has been demoted to second place in the list of the world’s most dangerous cities, it is still far from being a safe place for you to visit, vacation, or live in. The border city of Mexico is still plagued with petrifying drug warfare that gives rise to a number of other alarming problems such as kidnappings, assassinations, violent clashes among gangsters, and a plethora of other evils that may arise from the drug trade.

While the number of murders has dropped significantly over the last year, probably due to thousands fleeing the place and the monopoly  of a major drug cartel, the situation in Juárez remains alarming. There is simply no telling when a major gang leader could be caught, an event which will surely set into motion another struggle for control over the drug trade and the city.

With 159 getting killed out of 100,000 individuals, the city of San Pedro Sula in Honduras tops the list of the most dangerous cities in the world. Situated in the northwestern section of the country, San Pedro Sula serves as Honduras’ industrial and judicial center. Being the country’s transportation hub, the city unfortunately also serves as the drug trade’s most strategic distribution point.

This enormous drug problem, coupled with corruption, extreme poverty, and gang violence, is responsible for catapulting the city to its current status as the murder capital of the world. Even the peace corps had to leave the place when one of its members sustained a gunshot on the leg. What’s even more frightening is that the metropolis’ murder rate has increased by over a hundred percent within just five years. If things go on like this, what’s to become of San Pedro Sula in five, ten, or fifteen years?

Danger can’t be totally predicted. Even the safest havens can turn into deadly traps at any moment. Yet, in the case of the world’s most dangerous cities, you can’t help but expect danger to turn up everywhere.

What's The Difference Between Whiskey and Bourbon?
Does Yoga Help You Lose Weight?
comments powered by Disqus
What's the Deal with Spicy Food?
Useful Enigmas - 3 Hidden Purposes of Your Dreams
The Dark Side of High-Speed Internet-5G Electrosmog
The Most Despised Corporations of 2017
Not All Biotech is High-Tech - The Biochar Revolution
Cannabis vs. Cancer - Toke for the Cure?
The Story Behind Planet Aid and the Clothing Bin Cult - Strange But True
How to Save the World with Essential Oils
How Climate Change Makes the Fire-pocalypse, and Vice Versa
Extreme Cuisine - Delicacies Beyond the Pale